Parkinson’s disease (PD) is the second most common neurodegenerative disorder in the U.S., affecting 500,000 people and growing, with 50,000 new cases diagnosed each year.   Generally, those affected are older, usually diagnosed after age 50 and most are in in their 60s, 70s and 80s, although cases in patients in their 20s are now being reported.   It was the disease that took the life of my dad when he was 83.  I only wish I had access to the information I present below at the time he was going through those tough years.

Parkinson’s disease is a progressive movement disorder with those afflicted having symptoms of tremors, rigidity, slowed movements, difficulty walking, a lack of energy and often a glassy-eyed look in their eyes.  These changes take place because of damage to the dopamine producing cells in the substantia nigra area of the brain.  Dopamine is critical for fine motor movements.  There is little question that the damage is due to environmental toxins.  These toxins seem to accumulate in some individuals and perhaps they are also more sensitive to the toxins as well.   Over time these toxins continue to accumulate and continue to destroy more and more of the brain neurons that produce dopamine until there are essentially none left. 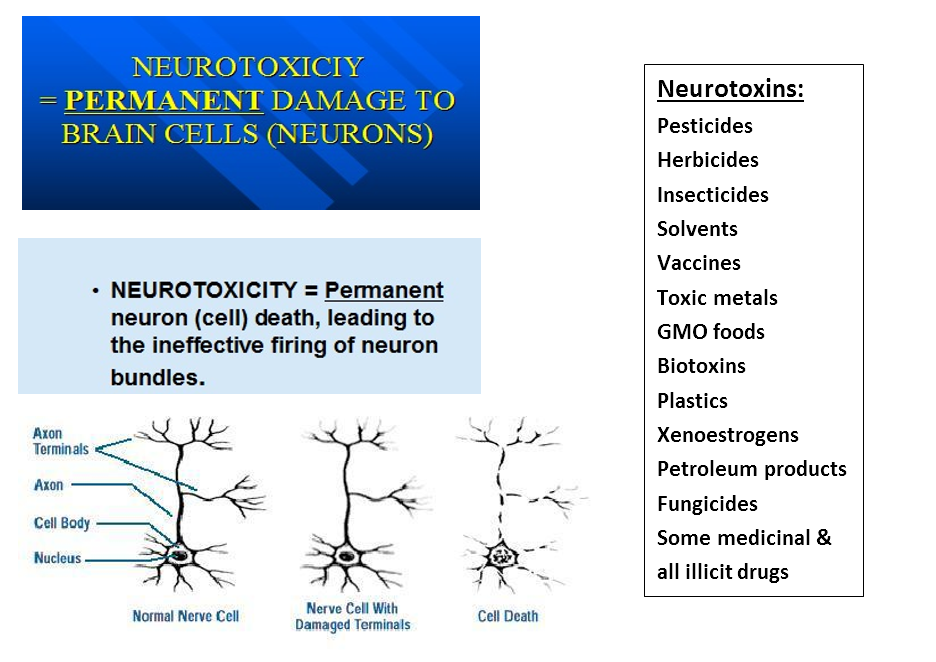 The conventional approach to PD most commonly involves the use to two drugs combined into one, L-Dopa and Carbidopa.   The use of L-dopa makes sense, since its depletion is rather severe in most patients with PD and rather substantial doses are needed to correct the problem.  While it is the most effective treatment for PD, its use by itself, creates two problems, the first being several side effects including nausea.  Carbidopa is added to L-dopa in an attempt to control the L-dopa side effects, particularly nausea.  But the use of Carbidopa causes a depletion of peripheral serotonindopamine, norepinephrine, epinephrine, histamine, phenylethylamine and other substances.  This creates the second effect – a complete imbalance of all the neurotransmitters and the sulfur amino acids, called thiols.   Adequate sulfur amino acids are absolutely essential for the detoxification of neurotoxins and healthy brain function.

Simply giving some L-dopa or doing nothing leads to gross imbalance of virtually everything in Figure 1 below, including the depletion of serotonin.

When serotonin depletion is great enough, the effects of L-dopa will no longer be observed at any dosing level.  Parkinson’s disease itself causes imbalance, but when we add L-dopa and Carbidopa the imbalance will eventually become severe.   Unless these imbalances are properly addressed the disease will progress.  It is only a matter of time.  When L-dopa is stated the clock begins to tick.  As time progresses the side effect time bomb will eventually go off and L-dopa is no longer effective.  Keep in mind that Carbidopa is responsible for the largest number and the most devastating side effects.

The Known Side Effects of Carbidopa:

What is Conventional Medicine Missing?

What is missing in the standard treatment of PD is a failure to grasp the seriousness of the underlying nutritional deficiency that is the real reason for the development of the disease in the first place.  The entire network of protective elements, including the methylation components and the sulfur amino acids, needed to defend ourselves from the vast number of neurochemicals has collapsed.  Not just collapsed but has collapsed catastrophically.    In PD the deficiency is so severe as to cause extensive damage and death to the brain cells that enable us to have fine motor movements.   This relative nutritional deficiency must be repaired if we are to have any hope of improving the long term health of individuals suffering from this horrible disease.

After evaluating laboratory results of hundreds of PD patients, Marty Hinz, a physician and medical director of NeuroResearch, found a way to properly manage the L-dopa side effects so that they do not limit access to the amount of L-dopa required to relieve symptoms. It involves correctly balancing the amino acid precursors of the neurotransmitters, including L-dopa and serotonin and adequate intake of the sulfur amino acids to protect and prevent the depletion.  It is the approach I now use and if you have this condition it can benefit you.

It is important to realize that unlike conventional L-dopa use, this approach needs to be implemented as early as possible in the management of Parkinson’s disease to attempt to halt progression and keep baseline function as high as possible.  The approach Dr. Hinz developed is not directly treating Parkinson’s disease itself, but the profound nutritional deficiency that was not in place to protect the brain cells from the toxins in the first place.   It is entirely possible that not all brain cell damage in PD is permanent.  However, the nutritional support that is needed is far more intensive than can be acquired from our food alone.  As the brain cells receive the balanced nutritional support it needs, the body begins the restoration work which I believe may well include increased production of dopamine.  At the same time, as the brain is bathed in protective sulfur amino acids, the body’s methylation system is reactivated and the normal process of detoxification is initiated.

The ideal approach is to begin this nutritional support as early as possible so that one’s compromised function, which may be confused with progression of the disease, is minimized. Waiting too long can lead to a situation where even under the most ideal conditions the patient will not recover completely. Unfortunately, many patients entering this form of treatment have exhausted all other treatment options and are basically end stage PD.

While these patients benefit greatly, most do not achieve complete relief of symptoms. There is only a certain amount of function that can be recovered for those who wait too long to initiate properly balanced amino acids.
To effectively correct the relative nutritional deficiencies, side effects, and adverse reactions associated with Parkinson’s disease, it is critical that the nutrients needed to correct these problems be administered in proper balance. The nutrient dosing values required for optimal results are unique for each patient. A “one size fits all” approach will not work.

It is my contention that our bodies always want to heal, but it is inhibited so often from an overabundance of a variety of toxins and terribly inadequate nutriture.   As the body is given what it needs, patients with severe PD can ultimately expect halt or drastically slow the progression of the disease and perhaps see significant improvement with this approach.

I think this novel approach addresses all of the underlying problems associated with PD, leading to extraordinary results not previously observed. Even those who have been advised that they have no treatment options available can benefit from this approach. This treatment approach is equally well suited for Parkinson’s patients suffering from advanced disease and/or difficult problems as it is for new patients with “ultra-early Parkinson’s disease.” The ability to get difficult symptoms under control and keep them under control is a major turning point for PD patients.   If you have this condition and you want to give your body a serious nutritional support, please give me a call.

Please consider the following from a physician using this approach developed by Marty Hinz, MD:

“Most importantly, patients who have lost hope of getting better, secondary to exhausting all treatment options (including stem cell transplant), can now have hope. While we initially treated patients with severe Parkinson’s disease, patients with new onset Parkinson’s disease will have the most dramatic effects over time as their pills continue working and the disease progress halts or is markedly slowed down”. – Alvin Stein, MD

This is not because they necessarily have PD, but because they respond amazingly well to this same approach of repairing the system-wide nutritional collapse.   This may suggest the same disordered biochemistry is present in them that is also present in individuals with PD.   Individuals with this problem should strongly consider using Dr. Hinz Parkinson’s Disease Protocol by a practitioner trained in in its use.

Another problem that is sometimes confused with PD is Benign Essential Tremor (BET).  Dr. Hinz developed a challenge test to easily distinguish those with BET which is truly benign and those who may actually go on to develop further symptoms of PD.  Anyone with BET should take the dopamine challenge test to see if they may benefit improved nutritional support they are not getting from their diet and supplement program.

There are also a number of conditions that respond to amino acid therapy directed by laboratory assay of neurotransmitter transporters.  Some of these may require a different approach than described above but a small percentage of individuals with the conditions described below will likely need to follow the same protocol used for PD.  Thus a Dopamine Challenge may be required for:

Anxiety – Crohn’s – Irritable Bowel Syndrome – Parkinson’s disease – ADHD – Numbness
ADD – Alzheimer’s – Tremor – Obesity – Depression – Hormone Related – Intellectual Impairment
Symptoms – Chronic Pain – PMS – Panic Attacks – Migraines – Autism – Chronic – Thought Disorder
Fatigue Syndrome – Insomnia – OCD- Brain Fog – Memory Problems – Tingling- Other Problems
In the medical literature we do find other nutrients that have been found to be helpful in giving support to individuals with PD.  These include Vitamin D and vitamin K2.  These, along with vitamin A, are considered mineral activators as minerals have difficulty in performing their function when we are deficient in these nutrients.  In addition, Vitamin D supplements in my opinion should never be used without an adequate intake of vitamin K2.

Our brain is composed of structural fats and thus Omega 3 fatty acids (Cod liver oil or krill oil)  and saturated fatty acids in general will also play a role in the protection from PD and I believe should be a part of one’s nutritional support.

Vitamins C and E are very important antioxidants and I think are useful adjuvants in providing nutritional support.  CoQ 10 (Ubiquinol) is likewise a beneficial antioxidant but it also plays a more significant role in the mitochondria for energy production.  I do like to add Ubiquinol for additional support for energy production and many individuals are deficient in the important nutrient.

Some will make the case for Creatine or Curcumin (Turmeric) as having a neuroprotective effect.  I won’t argue with that but I think the nutrients listed above will be adequate for most everyone who has PD.  However please understand that unless the individual with PD is getting L-dopa and a balanced neurotransmitter support along with the sulfur amino acids in amounts sufficient to up-regulate the collapsed methylation-glutathione system, it will never be adequate – not even close.